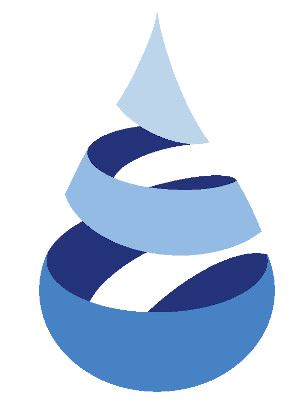 The Canton Water Department (CWD) finished the year much better than expected financially, which is always a pleasant surprise. If you recall, there was no rate increase during 2018, the thinking being that any shortfall would be covered by the 2017 carryover. Instead of a shortfall, however, CWD experienced a 6.3% increase in revenue and a (negative 1.2%) decrease in expenses, leaving the department with a $2,735,555 year-end carryover.

Where do I attribute this success? I really believe it’s a combination of many large and small things done well by our employees every single day. We’re fortunate to have an outstanding staff right now and I believe they will just keep getting better with each passing year.

To temper this exuberance just a bit, both 2019 and 2020 are poised to be exceptionally heavy infrastructure reinvestment years, so this trend of surprisingly large carryovers is not likely to continue. In fact, it is expected that the department will spend down some of its unappropriated cash balance over the next several years.

After nearly a decade of effort, CWD finally acquired a funding package that enabled us to construct a water main along Cleveland Avenue South in Canton Township. Called the Canton Township Regionalization Project, the project runs north and south along Cleveland Avenue and connects to the existing water main on the north at Carnwise Avenue and on the south at Faircrest Street.

Not only does this tie our existing system together but it will also provide City water to the commercial businesses along Cleveland Avenue. This new water transmission main also provides a backbone to hopefully serve the residential areas of Canton Township in the future. Great lengths and efforts were put forth to obtain third party money from the state to make this project economically viable for both the township and the City.

Nearly 75% of this 2.1 million dollar project was paid for by the state meaning we were able to construct this line for 25 cents on the dollar. If it wasn’t for this source of third party money, the project would not have proceeded. We are very grateful to the Ohio Environmental Protection Agency (EPA) for their assistance in obtaining these needed funds and believe this project to be a significant benefit to the local community!

We are also finishing up the Avondale Phase II Water Line Replacement Project. This means that the vast majority of failing pipe in the area north and south of Fulton Drive has been replaced, which is very good news and long overdue. The project received $900,000 out of the total project cost of 1.6 million dollars in Ohio Public Works Commission non-payable principal forgiveness money.

Finally, for 2018, the new Sugarcreek Wastewater Lagoons were constructed so that CWD can meet Ohio EPA, National Pollutant Discharge Elimination System (NPDES) permit discharge limits for iron and manganese. Although just completed, this project seems to have gone very well and we appreciate the work Stanley Miller Construction and Burgess & Niple Engineering Consultants did to make these settling lagoons a reality. We were fortunate to receive $750,000 in principal forgiveness dollars and $750,000 (0%) interest dollars from OPWC for this project to help heavily defray the 2.2 million dollar total project cost.

Looking forward to 2019, we find that the year to come will continue to be even busier than the last which seems to be the new normal for the CWD. There is another slate of water main replacement projects under design as well as projects already designed which are ready to bid for construction.

Always keep in mind that we are striving to meet the industry benchmark of replacing 1% of our distribution system main each year and every year. The water main replacement projects under design or beginning construction are all excellent projects which will serve to substantially reduce the amount of emergency work and service interruptions experienced in Canton’s water distribution system.

As part of CWDs continuing battle to reduce non-revenue water loss, we are launching a multi-year project to inspect the pre-stressed concrete water mains in our system for leaks. Listening for leaks on a concrete main tends to be more difficult acoustically than listening on an iron pipe and has not been done before in Canton.

It also tends to be much more expensive. If leaks are found and repaired, however, this project will pay for itself in short order. It is one of the final stones to be overturned in an effort to reduce our water losses and operate more efficiently, thereby holding water rates to a minimum.

As far as the water treatment plants are concerned the Sugarcreek Plant, which was constructed in 1962 and partially renovated in 1998, is due for a comprehensive renovation. An engineering-consulting firm will be hired in 2019 to begin the condition assessment of this facility in an effort to set the stage for the design and renovation of Canton’s largest producing water plant.

As we move forward as a department, I foresee the need to continually adjust staffing in order to meet the new realities of successfully operating a large, modern, public water system.

The Canton Water Department would like to thank the Mayor, Deputy Mayor, Director of Public Service, Director of Public Safety, Law Director, Auditor, Treasurer and members of City Council for their valuable and continued support throughout the year. I would also like to personally thank the outstanding staff of the CWD for the dedicated, unselfish service to this department and the community in which we live and work.