Early farming found its start in Canton and the surrounding areas. Motivated farmers from the area worked diligently to both invent and produce machinery that would make farming easier and revolutionize the way in which farmers harvest their crops.

Born in Greentown, Ohio, Cornelius Aultman and Ephraim Ball had organized business for the manufacturing of the Hussey Reaper. With the arrival of the Ohio and Pennsylvania Railroads at Canton in 1852, they moved their operation to three lots purchased along the tracks at South Market Street. In new buildings, they manufactured 25 Hussey Reapers and 25 combines. In 1855, a fire destroyed their plant and they were able to produce 5 mowers and 12 Hussey reapers in one building. When the factory was rebuilt, they were able to produce 500 Ball Mowers, 50 Hussey Reapers, and 50 Pitts threshers.

Aultman and Lewis Miller created the Buckeye Mower, receiving a patent in 1856. The Mower won the Gold Medal from the U.S. Agricultural Society in 1857 when it was entered in the field trial at Syracuse, New York. By 1871 their two factories in Canton and Akron were producing 11,000 reapers a year grossing over $2,000,000 in sales.

Cornelius with his directors organized the First National Bank of Canton and was a founder of the Aultman Taylor Company of Mansfield, Ohio. From his fortune, his daughter and wife founded Aultman Hospital now one of the largest hospitals and health providers in Northeast Ohio. 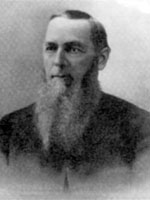 John Chapman known to countless children as Johnny Appleseed is heralded by many as the planter of many apple trees in orchards throughout the Midwest. He was born in Leominster, Massachusetts on September 26, 1774, and was buried in Ft. Wayne, Indiana in 1844. He had bought property throughout his travels and left many apple trees to posterity.

Mt. Vernon, Ohio claims his first property in Ohio was purchased in 1807. However, earlier records indicate he had bought property in Licking County around 1800. In the Bezaleel Wells plat of Canton, Ohio, a property was sold to J. Chapman in 1809. That property is at the junction of Cleveland Avenue S and the present 5th Street.

A large number of apple orchards on what were the John Shorb and Andrew Meyers estates testify to the large number of apple trees in the Canton area and his possible purchase of land here. He may have been the inspiration for the Ink family which built apple orchards in Lovells, Michigan and on nearly 200 acres of land north of Fulton Road Aplinks Orchards in Canton at one time had nearly 14,000 apple trees with a yield of 50,000 bushels a year. Several Ohio cities celebrate his contribution and annually Fort Wayne celebrates with a Johnny Appleseed Festival.

Joshua Gibbs was born in Trenton, New Jersey, where he learned the blacksmith, cooper, and woodworking trades. He came to Ohio in 1822 when he was nineteen years old to search for opportunities to use his skills. He came again in 1824, this time permanently and sought work in Cleveland, Massillon and finally in Canton.

He worked temporarily in William Fogle's cooperage, and began developing plows first of wood and then of metal. In 1830 he built a blacksmith shop on 4th Northeast - a site now east of the Wheeling and Lake Erie Tracks. Gibbs brought out that year a greatly improved metal plow.

In 1836 he received a patent for the bar share plow. He had the metal portion made by the Laird Company. Gibbs then developed a process for manufacturing the metal part in-house and in 1854 he received a patent for the new plow. His plant after his commercial success extended 100 feet on 4th Street and was 40 feet wide and two stories high. At his retirement at fifty-three years, his sons continued the business at times merging with other manufacturers. The company Bucher and Gibbs in 1880 had 70 employees and sold $120,000 worth of plows.

Born in Greentown, Ohio on July 24, 1829, Lewis Miller was to have a profound effect on both industry and education. Moving with his half-brother, Cornelius Aultman to Canton, he invented the "cash cow" for the Aultman Company. The "Buckeye Mower" which would lead to expansion of Aultman in both Mansfield and Akron won him two national awards.

With ninety-two patents, he organized and built the Akron factory which soon employed 700 employees. While pioneering the development of agricultural equipment he also designed a Sunday school program used throughout the country. He was a trustee of Mount Union College starting in 1865, and president of its board of trustees beginning in 1868, serving as such until his death in 1899. He and Bishop (Dr.) John Heyl Vincent established the Chataqua Society.

His half-brother Cornelius was a co-founder of the Canton Electric and Power Company. In 1884 Lewis's daughter married Thomas Edison. His son, John provided an invention for Edison in New Jersey. Lewis and his family vacationed with Edison in Florida. Lewis died in 1899 and Edison's company, G.E. purchased the then Canton Electric Heating and Power Company. Edison wrote the introduction to Miller's Biography. In 2006 Lewis was named to the National Inventor's Hall of Fame. 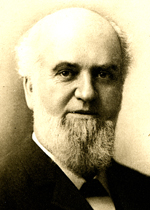 Charles Russell and his two brothers, Nahum and Clement, moved to Massillon, Ohio in 1838. For three years they worked as building contractors, and in 1841 organized the Charles M. Russell Company. Appropriating a design for the "knock out" threshers from Auburn, New York, and for the Separator from Buffalo New York, they introduced the "Combine" or combination of threshing, separating and cleaning grain in one machine.

In 1845 their machine won the Premium Award at the Ohio State Fair. Russell was responsible for the extending of operations in buildings and production to Canton. His great contribution was the organization of area businessmen to procure a charter for the Ohio and Pennsylvania Railroad.

A main subscriber and negotiator, Russell was able to bring train service from Pittsburgh through Canton to Massillon by 1852, and by 1856 to Chicago. Upon his death, the partnership was dissolved and his brothers, Joseph, Thomas, and George became partners in the new corporation, Russell and Company. In spite of two major fires in 1878 and in 1899, the firm would attain annual sales of $1,500,000 and employ over 400 people. 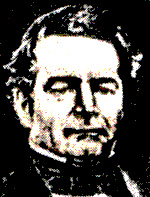