Canton owes much of its architectural beauty to these individuals who had the vision to transform a once rural and sparsely populated town into a beautiful city with renowned structures that have continued to withstand the test of time.

Born in Canton, Ohio, Charles Firestone graduated from Central High School. He received his B.S. in architectural engineering from the University of Michigan in 1914. Early on, he was involved in the engineering of a new office building for Berger manufacturing. In 1916 he made the plans for the Belden Hotel across from the Palace Theater.

Firestone designed three elementary schools, now all razed. In the 1930s he wrote the plans for Fawcett Stadium, now used for the National Football League (NFL) enshrinement game. He designed the Frank Bow building formerly the Canton Post Office Building. Firestone also created the plans for the original building of Timken High School, now the center of the Campus.

He designed Canton's first major reinforced concrete office building for the People's Bank at Tuscarawas and Cleveland Avenue His firm, Firestone and Motter, designed many schools including the original Avondale School and in the 1950s, Central Catholic High School. The firm also designed many churches in the Canton area. 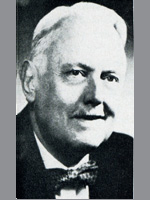 Although born in Youngstown, Ohio, Guy Tilden spent most of his adult years in Stark County designing buildings between 1880 and 1925. After marrying, he moved to Canton in 1883 and designed many buildings of diverse architectural styles. In 1886 he designed Trinity Lutheran Church at West Tuscarawas and De Walt. In 1896 he designed the Case Factory building in Crystal Park and in 1905 the Canton Public Library Building, both of which still stand.

In that same year, Tilden designed the Courtland Hotel, which stood on West Tuscarawas just west of Court Avenue. In 1889 he designed the Belmont building now housing Bender's Restaurant. That same year he designed the YMCA building, now the site of a recent Charter Bank building. In 1900 he built the Frank Case mansion on North Market- which has been razed. Tilden also designed in 1925 the Lincoln Theater in Massillon. 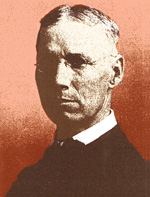