The athletic world has seen some of the greatest athletes and coaches in history begin here in Canton. From Olympic Gold medal winners to the Athlete of the Century, Canton is the proud home to these individuals who have stood out among their peers in their athletic achievements.

Born in Canton on March 24, 1981, Mike has the distinction of winning championships on three levels. He played football for the McKinley Bulldogs, which won back to back state titles in the 1990s. He was named Most Valuable defensive player on the 2002 Ohio State National Championship team, and Fiesta Bowl Most Valuable Player (MVP) in 2003.

Service to the Community

He also has a Super Bowl ring from the Super Bowl XLI Champion Indianapolis Colts. Doss continues to serve the Canton community through his Make a Difference Foundation, and his annual football camp at Canton's Fawcett Stadium, which draws 200 students each year. He continues to return as an inspiration to his former high school team in the annual Massillon-McKinley Rivalry game. He was honored by the Canton Jaycees in 2010 with the 71st annual Distinguished Service Award.

Born in Toledo, Ohio, Marty's family moved to Canton where he attended Canton McKinley High School and excelled as a competitive swimmer. Under legendary coach, C.F. Branin, Marty was a standout on Mckinley's swim teams for four years. The Bulldogs won the state championships from 1957 to 1960, and Marty won individual titles four times.

After graduating from McKinley, Mull went on to Ohio State University where the Buckeyes won a national championship in 1962. There he won the 200 individual medley race in 1962 and 1963. He was a three-time All-American in the individual medleys. In 1985, he was named to the Stark County Aquatic Association and to Ohio State's Varsity "O" Hall of Fame in 2002. His greatest impact was as a coach at Canton McKinley where he taught for over 30 years. Marty passed away on January 3, 2011. 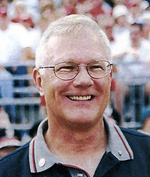 Born in Akron, Ohio, Munson grew up in Canton and graduated from Lehman High School. A multi-sport standout, he was offered scholarships to many colleges but opted to play at Kent State University. In 1967, he joined the Cape Cod League, where he hit a 0.420 batting average and led his team to the league title. A year later, the Yankees drafted him and he is the only player ever named Rookie of the Year and Most Valuable Player.

Munson won three straight Golden Glove awards, and in over ten years with the Yankees, he averaged 0.292 in batting. He was an All-Star seven different years and was named the first Yankee Captain after Lou Gehrig. He led the Yankees in three World Series games with a.373 batting average and, in 1977, led the team to the World Championship.

His prodigious career was tragically shortened when he died in a plane crash in Canton. The Yankees gave his locker to the Hall of Fame in Cooperstown and retired his jersey, number 15. Honoring his legacy, The City of Canton dedicated a minor league venue, Thurman Munson Stadium, and placed his Jersey in the stadium.

Alan Page was born and raised in Canton.  He was born August 7, 1945 and graduated from Canton Central Catholic High School in 1963, where he excelled in several sports, especially football.  After high school, Page played college football at the University of Notre Dame, including playing on the national championship team in 1966 and was a consensus All-American.  In 1967, Page was a first-round selection in the NFL/AFL Draft by the Minnesota Vikings, where he stayed for 11 seasons.  In 1978 Page joined the Chicago Bears for four seasons.

In 1971 the honor of being named both the AP NFL Defensive Player of the Year and the AP’s NFL Most Valuable Player titles were won by Page.  He was the first defensive player to be named MVP since the award’s inception.  In 1988, Page was inducted into the Pro Football Hall of Fame in Canton, and in 2019 was made a member of the NFL’s 100th Anniversary All-Time Team.

While playing for the Vikings, Page attended the University of Minnesota Law School, where he received a Juris Doctor in 1978, and began working at a Minneapolis law firm, Lindquist and Vennum, from 1979-1984 in the football off-season. In 1985 he was appointed Special Assistant Attorney General and soon thereafter was promoted to the position of Attorney General.  In 1992, Page was elected to the Minnesota Supreme Court, becoming the first African-American to serve on that court.  He was reelected in 1998, 2004, and 2010.

President Donald Trump awarded Page the Presidential Medal of Freedom in 2018, an award to recognize people who have contributed to the security or national interests of the United States, world peace, cultural or other significant public or private endeavors. 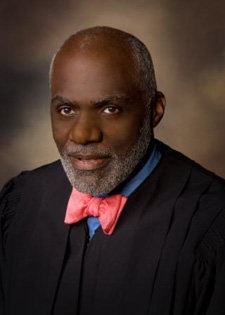 The following athletes from Canton went on to play professional sports.