Dan was born in Canton, Ohio on June 29, 1949. He attended Glenwood High School and later the University of Michigan where he was a consensus All-American, leading his Michigan team to the Big Ten Championship in 1969. He was drafted by the St. Louis Cardinals in the second round of the 1971 draft. In the National Football League (NFL), he played right tackle and at times center. He was a part of an offensive line that once held a record for the least number of sacks allowed any quarterback.

Dierdorf was named to the Pro Bowl 6 times. In 2000, he was entered into the College Football Hall of Fame. After retiring from Pro Football, he served as a radio broadcaster of the Cardinal's games. In 1987, he became a member of the Monday Night Football broadcasting team. 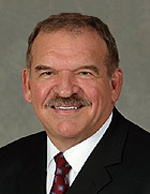 Born in Leesburg, Georgia, Marion moved with his family to Canton, Ohio where he attended Canton McKinley High School and starred in football. He attended South Carolina State University and later the University of Nevada. During World War II, he played for Coach Paul Brown at the Great Lakes Naval Training Station. After the war, he was drafted by Brown to play for the Cleveland Browns in 1946.

During his tenure, the Browns won four league championships. In 1960, Motley was the league's leading rusher. Over the course of his career, Motley also played linebacker and in his last four seasons, he was plagued with injuries. He played a year for the Steelers in 1955 and was voted into the Pro Football Hall of Fame in 1968. Paul Zimmerman of Sports Illustrated called him the greatest player in football history. 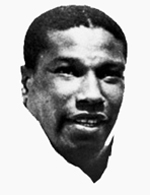 Renee began golfing at the age of three at Clearview Golf Club, the only golf course designed, built, owned, and operated by an African American: her father. She entered her first tournament at twelve and won the division. After graduating from Central Catholic and serving as captain of the women's golf team at Ohio University and at The Ohio State University, she debuted as the second of only three African Americans to play on the Ladies Professional Golf Association team. She was a part of the United Service Organizations (USO) tour of Vietnam in 1970 and competed in 250 professional golf tournaments winning the 1973 Kelly Springfield Open in Brisbane, Australia.

She was the first woman named head golf professional in the United Kingdom and after a marvelous career taught golf in Africa and Europe. Returning to Canton, she and her family established the Clearview Legacy Foundation for education, preservation, and research. Jack Nicklaus and the National Golf Foundation named the Powells the Golf Family of the Year in 1992.

Clearview Golf Club was named to the National Register of Historic Places in 2001. Named the Professional Golfers Association (PGA) First Lady of Golf in 2003, she also was inducted into the Ohio Women's Hall of Fame. The first Sportswoman to receive an Honorary Doctor of Laws Degree from St. Andrew's University, she was named the Top Female Teaching Professional in 2010 by Golf Digest. 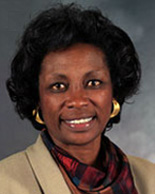 Chris was born in Canton, Ohio on October 11, 1965. His outstanding high school career at Washington High School in Massillon led to his receiving the Dial Award as national high school scholar-athlete of the year and was pictured on the Wheaties box in 1983. At Ohio State, he was a two time All-American and a three-time All-Big Ten selection. He was named Most Valuable Player (MVP) of the 1987 Buckeye team and won the Lombardi Award.

Drafted by the Detroit Lions, he played eight years and was named to the Pro-Bowl four different times. Spielman's dominating defensive play is highlighted by countless records as he led the Lions in tackling all eight years. He sustained a neck injury in 1997 while playing for the Buffalo Bills. He took time off to support his wife, Stefanie, in her battle with cancer and started the Stephanie Spielman Foundation which has funded millions to cancer research.

In 1999, he returned to the National Football League (NFL) playing with the Cleveland Browns where an aggravated neck injury led to his retirement. He then began a career in broadcasting: first in radio with ESPN affiliates, then as a color analyst and a studio analyst of College games for ESPN, and lastly a cohost with Chris Hooley and Kirk Herbstreit on The Big Show. He hosts a football camp for young players in Dublin, Ohio, and He was named to the National College Football Hall of Fame in 2009. 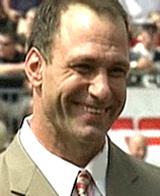