Canton has been able to attract many entrepreneurs to the city thanks to its well-known reputation. In its early years, Canton was home to the largest watch producer in the world and a prominent stove making company. These men helped blaze the trail for other successful entrepreneurs to follow in their footsteps to Canton.

Zebulon Davis was born in Chester County, Pennsylvania in 1844. His father, Zaccheus moved to Canton, where he served as a locomotive engineer for the Ohio and Pennsylvania railroad. Five years later, he leased a flour mill in Middlebranch. Shortly after that, he managed the Saxton flour mill south of Canton.

In 1863 he partnered with David Lind and built the Buckeye Mill in Canton. Selling his share, he built the steam-powered Snow Flake Mill on 2nd Street South at Commercial Street. His son, Zebulon worked in the mill supplying coal to the boilers. While whittling and thinking, Davis developed and patented a gasoline engine and designed a carburetor for the Winston Automobile Company of Cleveland.

In 1899, Davis became the manager of the Winston Motor Carriage Company. He later owned and drove the first automobile in Canton. In his earlier days while working at the Snow Flake Mill he studied chemistry and found the formula for cement.

Together with F.L. Alcott, R.F. Boardman and L.A. Reed he founded the largest cement company east of the Mississippi, the Diamond Portland Cement Company in Middlebranch. The company has supplied cement for many of the buildings in the Canton area, and for many of the dams in the Muskingum District. His large mansion was situated on Market Avenue North between 13th and 14th Streets. 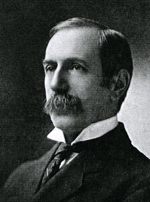 John Dueber was born in Obernetphen, Germany in 1841 and when he was nine years old, he came with his parents to Cincinnati. There, he was apprenticed to a watchmaker for five years. While creating wedding bands to build capital, he developed a process for making watch cases and opened a business in Newport, Kentucky in 1876.

He was very successful until sued by a large number of watchmakers, who claimed his business violated anti-trust laws. To beat the suit he purchased the Hampden Watch Company of Springfield, Massachusetts and was offered land and $100,000 to move the two companies to Canton, Ohio. He built two large castle-like structures in Canton and moved 2,000 employees to Canton.

Progress of the Company

Dueber's legal success in two major lawsuits enabled the company to flourish in spite of major damage by a cyclone in 1888. At one time the Dueber-Hampden works was the largest producer of watches in the world. He died in 1907 and the company, merged as the Dueber-Hampden Company, flourished until the company, purchased by a Cleveland group, went into receivership. The machinery was sold to a Russian buying agency in 1930. The Dueber mansion at 848 Market Avenue and the two factory buildings have been razed. 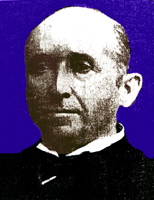 Born in 1864 in Clarksville, Pennsylvania, Harry moved with his family to Leetonia, Ohio. When he was 17 he worked in Pittsburgh and two years later married Mary Stewart. In 1891 he purchased a drug store at 222 East Tuscarawas from C.A. Portman and moved to Canton. While working in the pharmacy he developed a throat remedy which he called Tonsiline. He rode a horse over several states selling his throat remedy.

His success led to his selling the drug store to Charles Roth and Casimir Hug to develop his successful Tonsiline company. In 1905 he discovered he had diabetes - at that time a debilitating disease. He continued to develop the business and while vacationing in California he decided to build some apple orchards first in Canton and later in Michigan. He called his new enterprise Aplinks Orchards in acres along Fulton Road.

He bought real estate downtown including the Schaefer Block behind what is now the Chase Bank. He bought the Windham block and three lots on 6th and Market Northwest. On those three blocks, he built the elegant Palace Theatre and gave it and his orchard as his legacy to the city. The orchard would later be named Ink Park. He died in Phoenix on February 20, 1926. He is buried in Westlawn Cemetery. 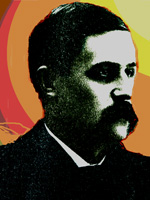