Canton natives have found their voices, rhythms, and music styles here in their hometown. The city has seen individuals go on to record number one hits on the charts and produce music that is enjoyed by millions around the world.

Born in Canton, Ohio in 1967, Natalie Renee McIntyre, graduated from Western Reserve Academy in Hudson, Ohio and went to University of Southern California (USC) to major in scriptwriting. When another singer failed to show to sing Gray's songs at a studio, she recorded them herself and was signed by Atlantic Records. Back in Canton, she worked on her album On How Life Is. When the hit, "I Try", from that album was released as a single, it reached triple platinum status. In 2001 the song won the Grammy award for the "Best Female Pop Vocal Performance."

Gray contributed "The World is Yours" to the Rush Hour 2 Film track, and a song to the Shrek the Third Film. She acted in the films Training Day and Spider-Man and released six albums including the On How Life Is, Id, Big, and Life in Las Vegas. Big received a promotion on the internet through the UK launching of "iPhone." Gray opened up The Macy Gray Music Academy in 2005 in which she works with underprivileged children and teens. 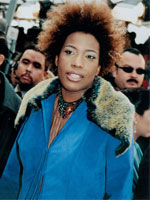 In 1958, Eddie Levert and Walter Williams graduated from Canton McKinley and began singing Gospel music on a Canton radio station. With the addition of McKinley graduates, William Powell, Bob Massey, and Bill Isles, the group took the name "The Triumphs" in 1959. After releasing two single records as "The Mascots," they were hosted by Cleveland disc jockey, Eddie O'Jay from which they took the name, "The O'Jays".

They produced records for the Imperial Record Company until signing with the Neptune label where "One Night Affair," rose to Number 15 on the charts and "Backstabbers," and "Love Train," became monster hits. "For the Love of Money," "Livin' for the Weekend," and "Used to Be My Girl," became the prototypes for much music in the "70's".

They continued writing, and with the songs, "When Will I See You Again," and "Love and More," incorporated a more ballad style for the "80's". Within fifteen years they had placed 15 songs on the Rhythm and Blues charts, with nine number 1 releases. They were installed in the Rock and Roll Hall of Fame in 2005. 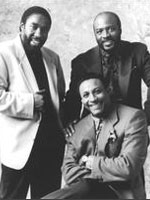 Joseph Anthony Vitale was born in Canton on April 2, 1949.  He briefly lived in Florida and Colorado, but always came back to Canton, where he called “home.”

He started playing drums at an early age, and in high school played in a band call the Knights for a while.  In 1965 he joined the band, the Echoes, as their drummer, and sang some vocals.  In 1971 Ted Nugent hired him to play drums, which was his first national break.  That year he and Kent State classmate, Joe Walsh, joined a new band, Barnstorm.  After that band broke up, he played drums for the Michael Stanley Band, Stills-Young Band, and Crosby, Stills & Nash.

In 1975 Vitale and Walsh joined the Eagles, touring, playing drums, keyboard, and singing vocals.  Vitale has several solo albums to his credit, and has appeared with various other artists such as Dan Fogelberg and Boz Scaggs.

Vitale’s wife, Susie, is a graduate of Kent State University and attended Malone University and the University of Akron for post graduate studies.  She was the president of the community Television Consortium in Canton.  She and Joe have a son, Joe Vitale, Jr., who founded his own band, Ravenwood, in North Canton in 2010. 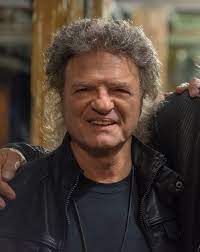