Many prominent Canton residents found their success in areas outside the listed categories. Their contributions in various fields increased Canton’s reputation as a home to outstanding individuals who have strongly impacted the world.

Mother Angelica was born Rita Rizzo in 1923 and raised in Canton. She graduated from McKinley High School and worked for a time at Timken Roller bearing in advertising. In 1944 she joined the Franciscan Sisters of Perpetual Adoration in Cleveland before joining in 1947 a new foundation at Santa Clara Monastery in Canton.

Our Lady of the Angels Monastery

Developments in her life led her to found Our Lady of the Angels monastery near Birmingham, Alabama. Her creative efforts to sustain the monastery followed an unlikely path for a cloistered nun, giving rise to a worldwide Catholic Media Ministry with a traditional flavor called the Eternal Word Television Network (EWTN). Mother Angelica suffered a debilitating stroke in 2001 and left EWTN to be run by a lay board.

Shrine of the Most Blessed Sacrament

After leaving as CEO, she developed the Shrine of the Most Blessed Sacrament there and continues to live at the Monastery in Alabama. Time Magazine once called her The most influential Catholic woman in America.

Born in Canton, Reuben Klamer graduated from McKinley High School in 1940 and developed games and toys as an independent contractor. He was asked in 1960 to design "The Game of Life" for the Bradley Company. The game was a great success and led to his work with different manufacturers until he now is the owner of Reuben Klamer Toylab in San Diego, California. Over the years he has produced over 200 products and was a pioneer in the introduction of polyethylene and unbreakable plastic to worldwide toy production. He was inducted into the National Toy Association Industry Hall of Fame in 2005. 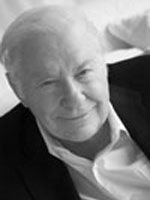 Ralph Edward Hay was born on January 12, 1891 in Canton.  He attended McKinley High School and after high school, went to work as a car salesman at a local car dealership.  After several years in that position, he set up the Ralph E. Hay Motor Company, becoming one of the most successful automobile dealers in the state of Ohio.

At the age of 27, Hay bought the Canton Bulldogs, one of the top teams in the unofficial “Ohio League” to help promote his car business, but it was not a successful venture at first, as not enough fans came to support the high prices salaries owed the players.  In 1920 Hay met in Canton with Frank Nied, Art Ranney, Jimmy O’Donnell, Stan Cofall, Carl Storck to form the American Professional Football Conference.  They invited every pro team in the Midwest to meet on Friday, September 17, 1920, in Hay’s car showroom.  Ten pro team representatives showed up.  The American Professional Football Association changed its name to the National Football League in 1922, and Hay was asked to become the league’s president, but he recommended Jim Thorpe take that position.  Hay passed away on June 29, 1944 in Canton.

When Canton was selected by the NFL as the site for the Pro Football Hall of Fame in 1961, it was due to the efforts of Hay and his Canton Bulldogs.  In 1972, the Pro Football Hall of Fame created the Ralph Hay Pioneer Award to honor those who made innovative contributions throughout pro football.    In 1988, the Professional Football Researchers Association established the Ralph Hay Award, for “lifetime achievement in pro football research and historiography.” 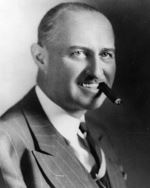 Born in Glasgow, Scotland on June 26, 1845, John saw his father immigrate to the United States two years later. Having settled in Uniontown, Ohio, the father sent for the family when McTammany was 14. He played the organ in the Reformed Church there and had ambitions of being a concert pianist.

In 1864 he enlisted in the 115th Ohio Volunteer Infantry. Seriously wounded he convalesced in a hospital in Nashville. When he could, he would walk downtown to repair nickelodeons, pianos and music boxes in a music store.

Adrian Academy of Music in Michigan

McTammany returned to Ohio and later enrolled in the Adrian Academy of Music in Michigan. A doctor in Adrian suggested that the injuries sustained in the Civil War would make it impossible to pursue the concert piano. And in 1876 he had succeeded in producing a piano player and pursued the patent for it. In 1881 he received the patent for his invention. He died on March 26, 1915, in Stamford, Connecticut and was later buried in West lawn Cemetery in Canton, Ohio. 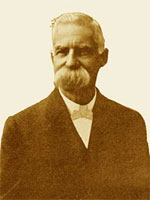