The Canton area has been blessed with philanthropists who have provided venues for opera here, and with great artists who have excelled in major roles in opera nationally and internationally.

Irving was born in Canton and graduated from McKinley High School. He was the first black to receive national honors for speech declamation. He moved to New York where he played Porgie in the Broadway revival of Porgie and Bess. He played in 305 performances in New York and later he appeared on the London stage as Porgie.

In March of 1961, he opened as Governor in 13 Daughters, a musical set in Hawaii. He was a vocalist on Harry Bellafonte discs from 1977 to 2001. In 1985 he played Badger in the original musical adaptation of Wind in the Willows. 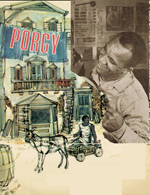 Ken was born in Canton, Ohio and is considered today one of America's most popular, controversial and sought after opera theater stage directors. He received his degree in music from Syracuse University and since has directed, taught and performed in venues throughout the world. In 1982 he won the Outstanding Director award from the San Francisco Merola Opera Program. He directed the premieres of:

He has directed more than 130 productions of operas, music theater and legitimate theater in the U.S, Canada, Mexico and Italy. In Italy he directed Gershwin's Lady Be Good at the Teatro la Fenice, broadcast internationally on RAI television and in collaboration with Leonard Bernstein, La Boheme in Rome.

He has recently completed with composer, Billy Pace, the books and lyrics of Prodigy, a musical based on the life and death of Jean Michel Basquiat. He recently was announced as the Director of Wagner's Das Liebesverbot at the Los Angeles Ring in 2010. He is presently Associate Professor and Resident Stage Director of the prestigious Thornton School of Music at the University of Southern California.

Richard was born in Massillon, Ohio and graduated from Washington High School, where he was Obie the Tiger, Massillon mascot. He began his professional career in the Houston Grand Opera where he played Telramund in Lohengrin, Klingsor in Parsifal, and Iokonaan in Salome. From there he brought raves from San Diego to Boston, Vancouver to Montreal and many appearances at the Met.

He has appeared in the Berlin State Opera, Opera National in Paris, Theatre du Capitole in Toulouse, and the Teatro Real in Madrid. His many roles include Scarpia in Puccini's Tosca, the title role in Wagner's Fliegende Holländer, Pizzaro in Beethoven's Fidelio and Alberich in the Ring. He was gracious enough to present select Wagnerian arias launching the first Wagner Society of Ohio Symposium in Canton in 2004. Recently he played Edward Teller in the Metropolitan Opera presentation, Doctor Atomic. 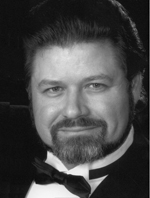 Richard was born in Canton, Ohio on April 9, 1926. Singing at a young age he pursued piano, cello, organ and singing and graduated from Lincoln High School in 1944. Shortly after, he was drafted to the army and after the war he was stationed at Marseilles and took voice lessons at the Marseille Conservatory. He received his Master of Music Degree in musicology at the University of Michigan and receiving a Fulbright Grant to study voice at L'Accademia di' Santa Cecelia in Rome.

After that he served as leading tenor at the Zurich Opera for four years. Returning to the U.S. he taught voice at the University of Michigan for five years and at the Oberlin Conservatory for over 40 years. During those years he made appearances in singing with the San Francisco and San Antonio operas and with the Cleveland Symphony and for four years with the Lake Erie Opera Series.

He taught internationally for 28 years with the Mozarteum International Summer Academy in Salzburg, Austria, at the Paris Conservatoire Superieur, at the Marseilles National Opera, and in venues on three continents. His six books including Training Soprano Voices, are considered to have revolutionized the way Voice is taught throughout the world. 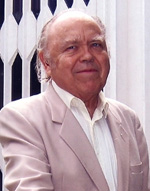 Born in Alsace Lorraine in 1815, Louis moved with his family to Mapleton, Ohio when he was fifteen. When his sister married Martin Wikadal, Louis worked in Wikadal's store on the square in downtown Canton. When he was 21 he organized a school and later with fellow citizens set up a public school there. He pursued literary activities and theatre and played the role of Princess of Amalie in Schiller's play, The Robbers. In 1840 he studied law with Hiram Griswold and Elijah Grant.

His work with Congressman McKinley would insure that Diebold would remain in Canton in the Panic of 1873. In 1867 he announced the building of Canton's second opera house on Tuscarawas Street West of the present Chase Bank Building. He opened to Shakespeare's Hamlet and The Merchant of Venice and brought major stars including Edwin Booth, Clara Morris, and Edwin Forrest.

He orchestrated the addition to the city including parks and a circus ground. He founded the Fire Department and established the Canton Waterworks. Fluent in German, French, and English he was asked by President Tyler to be Ambassador to France. He refused the position claiming too much to do in Canton. His last words were, I feel the machine has worked out. 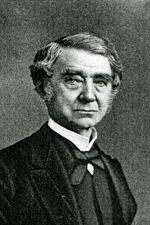 Nadine was raised in Canton, Ohio where she appeared in a high school production of the Mikado. She graduated from Oberlin with a degree in piano and music education. She studied under Margaret Harshaw at the University of Indiana, graduating with a Master's Degree in piano and music education. She received a Fullbright Scholarship which enabled her to study in Germany where she received an apprentice scholarship to sing in the Wiesbaden Opera.

Four years later she moved to Cologne where she sang in Tannhäuser, Lohengrin and the Ring. She was invited to play Katia in Katia Kubanova in East Berlin under the director, Harry Kupfer. Auditioning for Suicidio, she found the work was voted "Production of the Year" in Germany. Spending most of her career in Germany she played Elsa and Sieglinde at the Bayreuth Festival in 1987 and 1988. The Walküre recording received rave reviews and a comment that the partnership with Pol Emling as Siegmund was passionately moving yet dangerously fragile, light years away from unconvincing posturing by previous opera stars.

That year she debuted at the Royal Opera House in London. Later in Chicago, she played Elsa and Elizabeth. She assumed the role of Cassandre in Les Troyens in 1991 in Los Angeles. At her first rendering of Brünhilde in Die Götterdämmerung, she was honored with an "unimaginable outpouring of audience jubilation." One critic called her best role, Chrysosthemis in the Strauss Opera, Elektra. 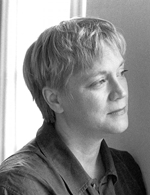 Blanche was born in Monessen, Pennsylvania September 19, 1918. Her parents moved to Canton, Ohio shortly after and Blanche attended the public schools graduating from Canton McKinley High School in 1935. She worked as a secretary and through a Ruth Coogan Scholarship studied voice with Margaret Matzenauer, and Edyth Walker in New York.

She made her debut at the Metropolitan Opera in 1941 playing Fricka. In 1944 she played Brangäne in Tristan and Isolde. She was the leading Mezzo-soprano at the Met for 22 years and made 356 performances in 28 different roles. She was the first American to sing in the Bolshoi Opera in Moscow.

She is especially remembered for her role as Dorabella in Mozart's Cosi fan tutte and for Brangäne in Tristan. After retiring from the Opera she directed the Southern Regional Opera in Atlanta and after a short teaching engagement at the University of Arkansas, she founded the Opera Arts Training Program in San Francisco. Blanche Thebom passed away in 2010 in San Francisco. 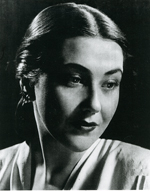