Aside from the rich history President McKinley bestowed upon Canton, there have been others that have played important roles in creating the history of our great nation. Canton was also called home to a former Supreme Court justice as well as to a previous United States (U.S.) ambassador to the United Nations.

Frank Bow was born in Canton, February 20, 1901, and attended local public schools, University School in Cleveland and Culver Military Academy in Indiana. After graduating from Ohio Northern University, he did post graduate work at Columbia University.

Admitted to the bar, he served as Assistant Attorney General of Ohio from 1929 to 1932. He practiced law with Russell Ake in Canton from 1935 to 1950. He authored a plan for reorganizing the banks, a plan placed in operation after a bank holiday in 1934 and was named in 1935 Chairman of the Ohio State Bar Association on banks and banking.

He became news editor for WHBC in Canton and served as war correspondent during World War II in the Philippines. After serving as Counsel and Legislative Assistant to Senator Andrew Schoeppel in the 81st Congress, he was elected to Congress as a Republican and served the 16th District from 1951 to 1972. Identified as an ultra conservative crusader against budget deficits and federal spending increases he was appointed to the Republican minority Economy Task Force.

While a member of the House Appropriations Committee, he persuaded Budget Director, Maurice Stans, to make the Committee bipartisan and reduce international funding. He was famed for the Bow Report in which he reported on new financing and architectural design of Embassies. In 1962 he authored a medical care bill submitted to the House by New York Representative William Miller.

He was most proud of the Bow-Engle Bill to fund research on desalination of water. He was the author of the book, Independent Labor Organization and the Wagner Act published in 1940 to clarify for non-union members and for local independent unions their status after the Wagner Act.

Born in Canton on April 2, 1920, Leroy John Contie Jr., was a longtime Canton resident.  After serving in the US Army from 1942-1946, Contie received his Juris Doctor from the University of Michigan Law School and was in private practice in Canton from 1948-1952, also serving as law director for the City of Canton from 1951-1960.  He went back into private practice in Canton until 1969 and served as the judge of Stark County Court of Common Pleas 1969- 1971, at which time President Richard Nixon nominated him to the US District Court for the Northern District of Ohio.   In 1982 President Ronald Reagan nominated Contie to the US Court of Appeals for the Sixth Circuit, a position he held until his death on May 11, 2001, in Cleveland. 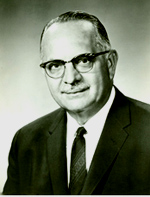 Andrew was born on a farm near Canton, and graduated as Valedictorian of his high school class in Hartville. In 1922 he graduated from Manchester College and earned a Ph.D. in Medieval History five years later at the University of Chicago. He continued studies at the Graduate Institute of International Studies in Switzerland in 1930 to 1931.

In 1931 he wrote European Union and the League of Nations. He helped draft the founding charter of the United Nations and served as Executive Assistant to the secretaries General, Trygve Lie and Dag Hammarskjold. He wrote the introduction to Arthur Samuel Lall's book, Modern International Negotiation. With Kenneth Maxwell he wrote Paths to World Order. He wrote numerous articles including, "The United Nations Bulwark of Freedom." With Wilder Foote he edited, The Quest for Peace, the Dag Hammerskjold Memorial Lecture Series, and volume 2 of the Public Papers of the secretaries General of the United Nations.

With Max Harrelson, he published Volume 6 of The Public Papers of the Secretaries-Genera of the United Nations. He was often called upon by the State Department to negotiate international crises. Having taught several years at Columbia University, he was asked to serve as interim President for two years, during which time he solved a crisis in student protest during the Vietnam War.

William R. Day was born on April 17, 1849, in Ravenna, Ohio. After receiving a Bachelor's Degree in 1870 at the University of Michigan and pursuing law studies, he returned to practice law with William Lynch in Canton, Ohio. Admitted to the Ohio Bar in 1872, he practiced law becoming one of the most respected lawyers in Northern Ohio.

A Friend of McKinley 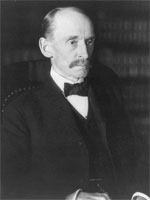 William McKinley was born on January 29, 1843, in Niles, Ohio. He attended Poland Seminary and later graduated from Allegheny College. He joined the Army in the Civil War and advanced to Brevet Major under Rutherford B. Hayes in the famous Ohio 23rd. He moved to Canton in 1871 and married Ida Saxton in that same year.

He later served in Congress from 1877 to 1890 where he sponsored the McKinley Tariff, to protect the American industry during a recession. He was elected Governor of Ohio in 1892 and through negotiation settled a miners dispute earning him the respect of labor. During an economic collapse, he was elected President of the United States on a "Gold Standard" platform defeating Democrat William Jennings Bryan in 1896 and in 1900.

The Defeat of Spain

After defeating Spain in the Spanish American War he urged Congress to annex the Hawaiian Islands and to serve as Protectorate of Cuba, Puerto Rico and other Spanish possessions in the Western Hemisphere. He worked with his friend, Senator Mark Hanna, to rally Congress to develop "the Canal" in Central America.

When McKinley was assassinated, Theodore Roosevelt promised to bring to fruition McKinley's policies in "the Canal," in executing the Sherman Anti-Trust Laws and in maintaining strong appointments in Conservation. Revisionist historians give McKinley a high rating for his movement of the United States from isolationism to international involvement as a world power.

He practiced law in Canton and served in different capacities in city government until 1908. Elected as Lieutenant Governor he served in that position from January of 1910 to April of 1911. He resigned to assume a U.S. Senate Position and after reelection, he served until March 3, 1923. 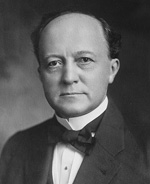 Ralph Regula was born in Beach City, Ohio on December 3, 1924. He attended local public schools and after two years in the Navy, he graduated from Mt. Union College in 1948. He taught in the elementary and secondary schools and served as principal over a ten year period. Graduating from McKinley School of Law, he practiced law in Navarre.

Ohio State Board of Education

From 1960 to 1964 he served on the Ohio State Board of Education. Serving in first the Ohio House from 1965, and the Ohio Senate from 1967 he was responsible for bills funding five Technological Colleges in the State. Later in Congress, he would develop the Super Computer Research network through Ohio's Universities, schools, hospitals and businesses and enabling the pursuit of minors in supercomputing at several sites.

An outreach of Ohio State Super Computer Center, the program now called the Ralph Regula School of Computational Science offers degrees through colleges and universities statewide. He also increased funding for education, teacher training, and Pell Grants. Elected to the U.S. House in 1973, he cosponsored with John Sieberling the bill creating the Cuyahoga Valley National Park, and while serving on the House Appropriations Committee from 1982 to 1987, he pushed funding for Cuyahoga National Park, and later the Railroad serving it.

Protection of the Everglades

He had a great role in pushing legislation protecting the Everglades. And he brought funding for fuel cell research to the 16th District (Stark State) making it a National Center for Research. He increased funding for research in cancer, heart disease, and birth defects. He worked with Democrats and Republicans to develop the Ohio and Erie Canal National Heritage Corridor.

In 2001 he was able to get the First Ladies Library declared a National Historical Site. One of his favorite roles was his continual submission of bills to prevent the removal of President McKinley's name from the country's highest mountain. His intervention brought the National Defense Metals Technology Center to Stark State in 2007. He retired in 2009. 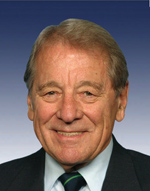 From 1961 to 1971 he was Chief Diplomatic Correspondent to ABC News. In 1971 he was a Special Consultant to the President and in 1973 was appointed U.S. Representative to the United Nations. He is famous for his role in negotiating the solution of the Cuban Missile Crisis during the John F. Kennedy Presidency. 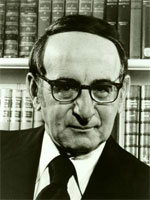