Ralph Hay was the owner of an automobile dealership that was located on the corner of Cleveland Avenue and 2nd Street SW (directly across the street from the mural depicted below) in Canton, Ohio, and he was also the owner of the Canton Bulldogs football team.

On September 17th, 1920, Ralph and representatives from several other teams met at Ralph’s dealership and created the organization that would become the NFL. September 17th, 2020, marked the 100 year anniversary of the NFL, the Centennial Plaza commemorates that milestone. 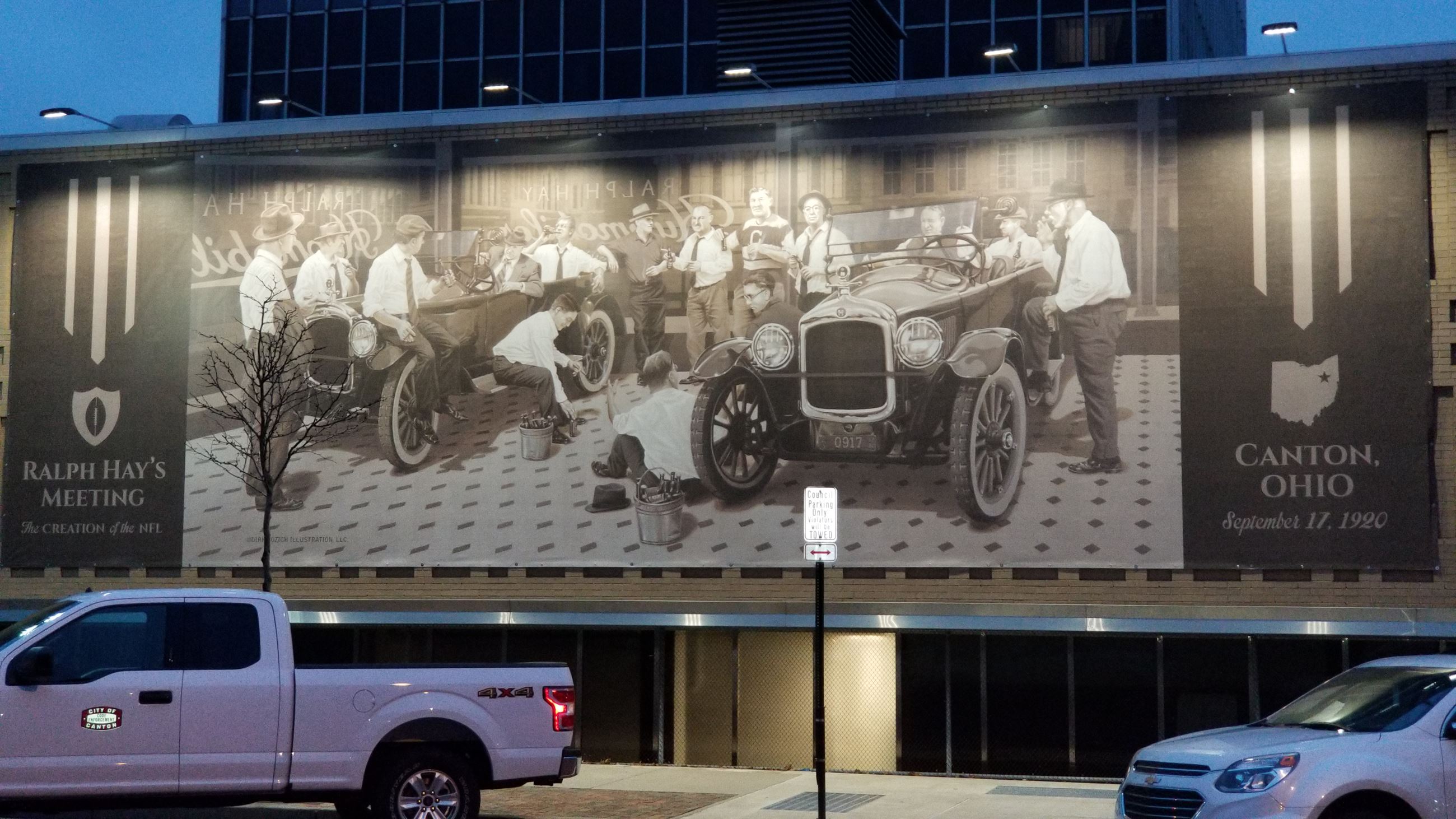